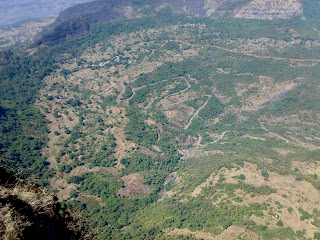 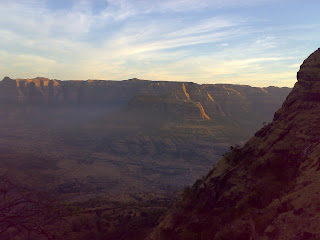 My quota of travel for the season has just begun. I sincerely gave it a thought to have a twitter account just to contend with regular travel & still stay in touch with as many of my people. Morever, it is the new "in" thing in social networking; so they say. But I instantly shot down this idea for 2 particular reasons. Firstly, my brain seems to have reached all-time saturation levels and refuses to remember new passwords, IDs, secret questions (yes..these are absolute necessities if you forget passwords on a consistent basis). Secondly and most importantly,you need to have followers to be in twitter.

Having said that, the overtly mad craze for social networking hasn't showed any signs of subsiding yet. Or maybe it has just started. For the moment though, the bug doesnt seem to have bit me well enough. It was startling to be called a loser by one of my very close friends the other day just because I didnt know of a certain "fishville" game. Yeah right !!
Fishville, Farmville as amusing as the names of these games get, its almost as if you are from the stone-age if you haven't tried your hand at any of them. Personally, I was a die-hard sucker for orkut thanks to its user-friendly format. Despite the many changes it has undegone, the makers have made sure it requires no user-guide for anyone to maneouvre through. Virtual networking seems to have taken a backseat for me; u see nothing does match up to personalised physical presence.
And what better way to chill with mates than a 2 day hike on the weekend!

The ground-work for the hike had been laid out long ago thanks to a series of chain-mails fuelled by a certain Mr. "Yogi" who had made it absolutely clear by then that he wasn't really loaded with work. The result: As expected, it received an overwhelming response & a thumbs-up from the "trekking" junta. 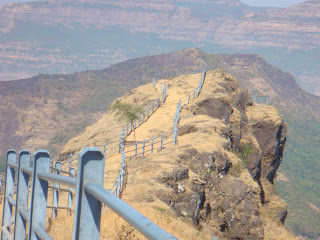 Well, getting to the travel part of it. For a change it was a far-cry from the routine, boring supplier visits/out-door duties which are so much a part-n-parcel of the job. Infact it was a trip close to spirituality & history, quite far from the bustle of city life. Social networking would have been the last thing one anybody's list..(agreed..but then its always part of the list). 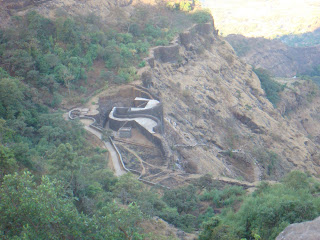 So finally, the 17 of us did set off on a 2-day hike to a place called Raigad. It is place loacated nearly 90 km from Mumbai, a fair distance from the Mumbai-Pune route. An amazing fort built by the great Maratha warrior-king Shivaji in the 17th century, in the environs of the massive Sahyadri mountain ranges (close in resemblance to the Grand Canyon), 2800 ft above sea-level! 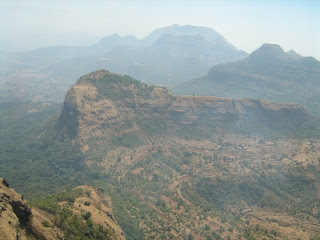 To be honest, it wasnt as challenging or arduous a trek as some of the earlier ones were, where loosing your grip and slipping were common sights. Still, with 17 of us, there is always a strong lurking possibility that a few flashes of extreme dare-devilry could ruin the whole thing. Thankfully, the heroics were within palpable limits. It was just a 3 hr trek climbing up but the scorching heat ensured that by the time we reached the summit our energies had been sapped to nil.


As a matter of fact, unlike most other places, forts in Maharashtra are always on mountain tops. The topography of Maharashtra with its sprawling & sometimes treacherous ranges was an asset to the Maratha kings who preferred it that way since they were naturally gifted in mountaineering & guerilla tactics and could easily ward/fight off their enemies, especially the Mughals who preferred the plains. 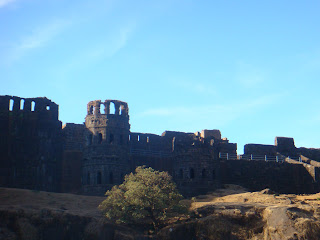 A trek to any of these mountain-forts would leave you marvelling at how they were built at such seemingly inaccessible places at high altitudes complete with provisions for running a full-fledged city; markets, stables for horses & cattle, temples, granaries, water systems, massive palace courts, watch-towers & vigilance check points etc. All of which have managed to survive for centuries & now lie in ruins. Hats off to these super dare-devils and their fine sense of architecture too. 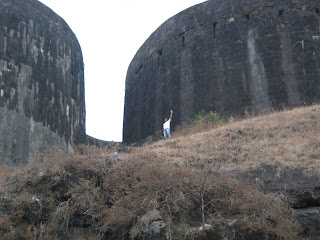 One notable feature was the highest point in Raigad called "Takmak Tok". It drops down almost vertically into the valley. Centuries ago, serious crimes had only one punishment- Death. The criminal would be tied up with ropes , put in a sack and would be thrown down this spot. Seriously, there is something about history that sends shivers down your spine, more so when you imagine it happen.

Some things which do not change irrespective of the trek - the relentless Dumb Charade & Antakshari sessions (preparations for which start almost a month in advance), intense photo sessions (outrageous poses) which serve as a serious impediment if you want to complete the trek in the stipulated time.
Nevertheless, here are a few "drops" from the "ocean"