It was a chilly January morning and Sham was on her desk, her head resting on the keypad of her lappie, her pen acting as a lollipop. She had not realized that she had dozed off mid-way while working . She woke up with a start, feeling disgusted and scrached her head in the serious thought which had troubled her the previous night long. She could not figure out how to rank the 2 of her crucial choices in life or rather which one to choose and which to eliminate. None of the frameworks that she had learnt or put to use earlier seemed to get her anywhere in this case. Infact, the more she tried to structure her own case, the more she was caught in a cobweb of confusion. She was mentally tired, more than she had ever been even after puting a few CPs in SM class. Exhausted she put down her pen and strolled to the window pondering over what she wanted from life and which of the options would benefit her more in the longer run. Was it Mohta or Seetharam?

Sham:
Sham hailed from tinseltown mumbai. Graduating from a top-notch chemical college in the Mumbai university in the summer of 2011, she was armed with the serious intent of making it big in the management world. She made her way to the PGP-ABM programme of WIMWI  in the same year. and excelled consisently in course of her post-graduation journey.
Her bespectacled, scholarly look gave her the aura of a researcher and intellectual. She was the nucleus around which her whole group bonded despite their supposed 'give-up'ness in her presence. Her frequent bouts of CP (excelling at the last-minute CPs ) in the class reinforced her image and it also meant that she had multiple fans. Although she was not overtly worried about how people perceived her in the current scheme of things, her value had risen manifold in the 'juice' stakes and she was slowly and steadily climbing up the popularity charts. Refer exhibits

Prime among her admirers were Mohta and Seetharam, both of whom were in close proximity to her.


Mohta:
Mohta's life, unlike many others at WIMWI, spanned geographies. He hailed from a NSWTWI ** called Kota which had recently acquired geographical identification for IIT-JEE coaching classes and institutes. He had then moved to Bangkok city where he worked as a waiter and a part-time chef to support and sustain himself. He suppressed the urge to learn martial arts for fear of being mistaken for Akshay Kumar. He wanted to differentiate himself and not get into an identity crisis. He took to studious ways, cracked the JEE and went to the hallowed portals of IIT-M. After graduating and then quitting his million-dollar job in India, he got into the much-celebrated PGP programme of WIMWI. As someone who specialized in the art of peace-putting, he was a wonder, raking in grades with ease. As an icing on the cake, he had bagged himself a summers in GS thus becoming an icon of capitalism and mateiralism. He believed this would fulfill his dream of becoming filthy rich and bathing in dollars. Exhibit below.  His study-group mates, Yakku and Tandon were his right and left hands respectively.

(** NSWTWI - Not so well-known town in western india) 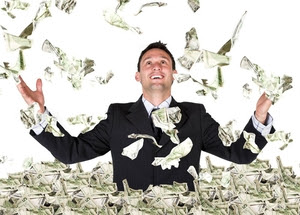 Seetharam:
Although Mohta was a front-runner in the quest for Sham, there was seriously tough competition lurking close to him in the form of Seetharam. A resident of Chennai, Seetharam was bred not just on sambar, coconut chutney, idli, dosai or curd rice or hero-dominated Kollywood films and Rajni worship. And he had achieved a lot more in life than negotiating with the Chennai rickhshaw-drivers. He was a top-ranker from GEC and a high-achiever in his own right having tasted success in all forms. His quizzing skills were unmatched till date. He too had foregone a high-paying job to get into WIMWI. A cynosure of most eyes in the WTF*** in WIMWI, he had achieved the unbeatable distinction of being a part of 6 coveted clubs. Refer Exhibit below.

This was a record considered in the same league has sachin's 100th ton. He was also the front-runner for the post of WTF president. Unlike Mohta, he did not care much for monetary benefits. He was an idol of conservatism and self-restraint much like a sage. Infact no one even noticed that he had bagged a summer internship with a consult firm, one among the Big 4.

Sham had pulled out the research work done on Mohta earlier by her Dorm 3 mate. It had a graph which zoomed upwards with time on the X axis and networth (price) on the Y-axis. The graph seemed to break through the chart. Sham's eyes instantly reflected $ signs and she instantly took a liking to Mohta. But she reminded herself that money wasnt everything and continued reading further. On one side was a photo of Mohta instructing people on how to build the opening formation for T-nite.

She then picked up the 2nd report, a result of a research work done by yet another Dorm mate on Seetharam. It had a pic of Seetharam with his trademark stubble, with a Blender's pride in hand at Pondicherry, addressing a group of people which appeared more like a new political party . The next page depicted all of his past and present achievements. Sham was amazed by the wide array of talents the man possessed.

On counts of fashion and looks, there was little to choose. The striped shorts were also similar in quality. 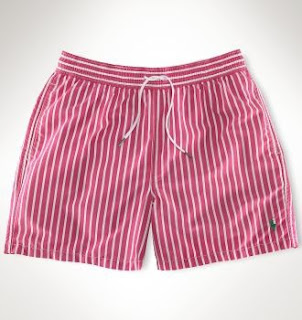 Their segments were different ; Motha catered to the upper echelons and the who's who of WIMWI, while Seetharam was a man for the masses.

Sham had to make a decision on whom to choose and along with it the segmentation. Competition was fast catching up, and that too in her own backyard ( Dorm 3). Exhibit below has a poll among Dorm 3 inmates and their responses. which made Sham even more nervous.

This case has been written keeping in mind the larger interests of the WIMWI junta so that they can understand strategy much better in seemingly give-up situations. Resemblance to any living creature (within WIMWI) is much more than a matter of coincidence.  No animals were harmed in the creation of this case. This case does not emphasize on correct or incorrect way of handling strategic decisions. (I am sure this case isnt worth a copyright. Peace..)
Posted by Vishy at 5:02 AM 8 comments: